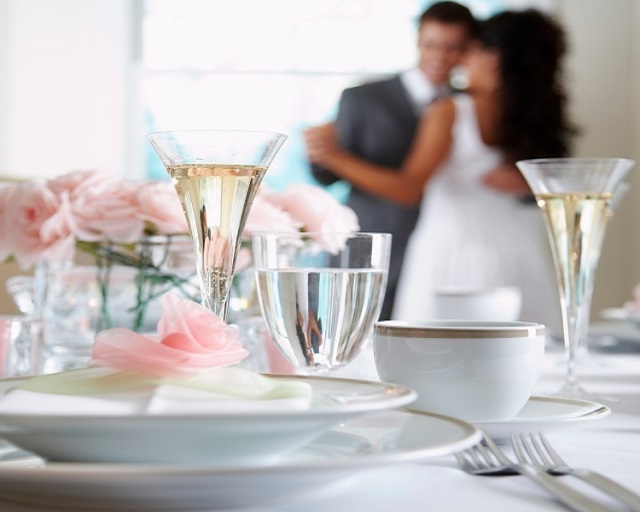 Hi, I am curious as to what to do about guests who replied positively ( even twice by mouth a second time) and then did not show up for the dinner. It is so rude and the extra expense of paying for these plates that did not get eaten is insulting. Is there a way that I can make my feelings known or bill them for the missed meals? lol

I have to admit, I was a little shocked by this question! But then I thought about it a bit, and the feelign behind it is understandable. After all, you are working on a budget, this guest was important enough for you to make room for, and they confirmed twice – only to not show up in the end.

So what should you do? NOTHING. Yes, I am serious. The fact is that almost every wedding has a few no shows. There could be any number of reasons why this guest was unable to attend – some which are valid, some which aren’t. I can think of at least three weddings I was a “no show” for myself.

For the first, I had a very sick child that morning and could not get a sitter. The second was a high school friend, who we confirmed with and found out a week before the wedding that my sister’s grad was at the same time: so we left right after the ceremony and did not stay for dinner. The last was because of a personal issue, which I will not discuss here.

In the end, there is little you can do. It would be extremely rude to confront the no shows after the fact or to bring it up at all. After all, there may be a reason behind it that you are unaware of. The wedding is done, those who loved you were there to support you and it was wonderful. Don’t start off your life as a new couple by arguing with those who could not or would not be there. My advice would be to let it go.

On a related note: if you are in the planning stages – the best way to limit the number of “no shows” is to keep your guest list to those who you are close to. Old friends, distant family, work colleagues and acquaintances are the most likely to change their mind and not show up.